Here are some of Curly’s favorite books about bedtime!

by Margaret Wise Brown
The cozy illustrations and the simple but meaningful language have made this one a classic. A bunny has to say good night to the things in his room, the room itself, the air, and the moon before he can go to sleep. I admit I have never been particularly drawn to this one, but Curly loves it. So does the rest of the world, apparently. This is actually one of those books you should read, if only to be culturally literate. This book is referenced a lot!

Roar of a Snore by Marsha Diane Arnold
I get a kick out of this one. A boy is awoken by an earth-shattering snore. He thinks it is his dog, so he wakes up his dog and commands him, “Stop that snore!” But it isn’t his dog. So the boy and his dog go to each member of the family and wake them up to stop the snore. Soon the entire family is out in the barn waking up the farm animals to try and find the enormous snore. When they finally find it, it’s not who they expect!

Hush! A Thai Lullaby by Minfong Ho and Holly Meade

A mother is trying to put her baby to sleep but there is too much noise. She goes around shushing everything until it’s perfectly quiet. The only thing is, her baby is NOT sleepy. The illustrations in this are culturally accurate, which is good for introducing your child to different ways of doing things. For example, the mother isn’t putting her baby into a crib, but rather a hammock. This can prompt some good conversations. I really enjoyed this one.

One of our summer highlights is getting the family pass to the zoo. It is especially exciting this year, as the zoo has been closed for the past 2 years due to serious flooding issues. Now that it has re-opened, the animals are slowly being brought back from zoos across the country that were temporarily housing them. It’s exciting to go every week or two to see which animals are home again! Today, the lemurs and gibbons were back. 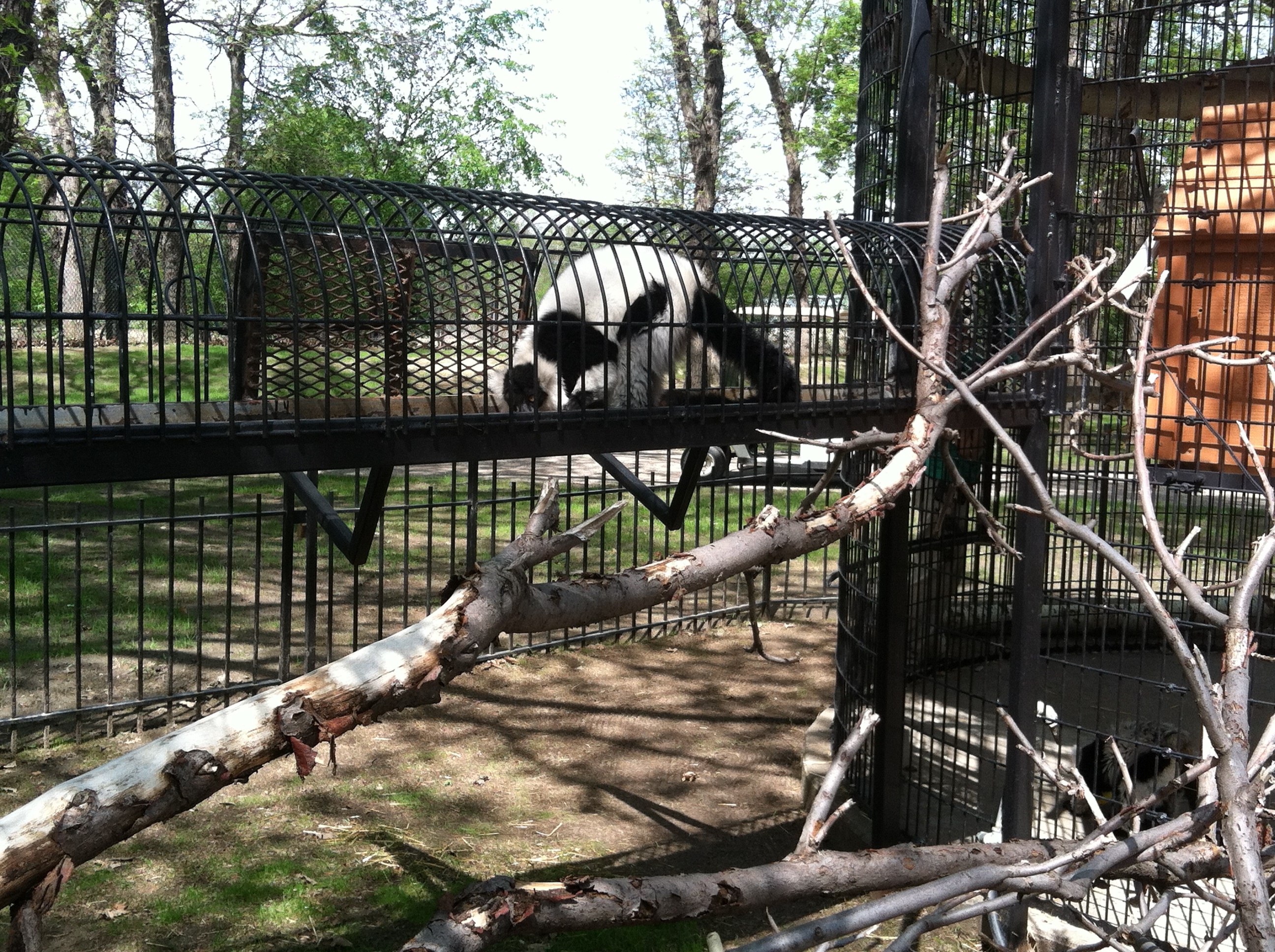 Ruffed lemur. The lemur cage is kinda neat- it has walkways so they can go to several different cages. 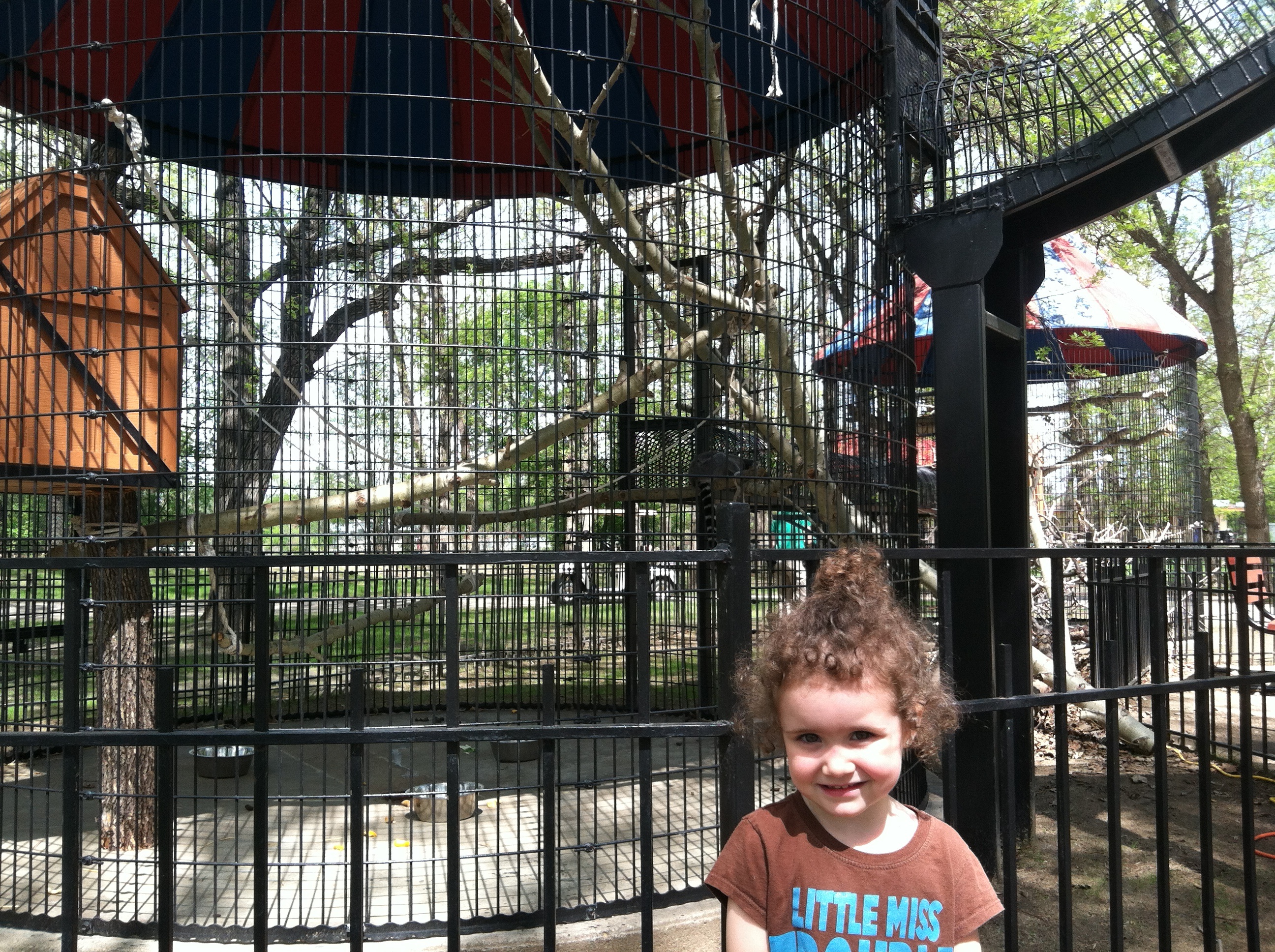 They are kind of hard to see, but there are a few Ring-Tailed Lemurs in the background.

Curly had a great time watching the lemurs, and then we had to go see her favorite – the Bobcat. 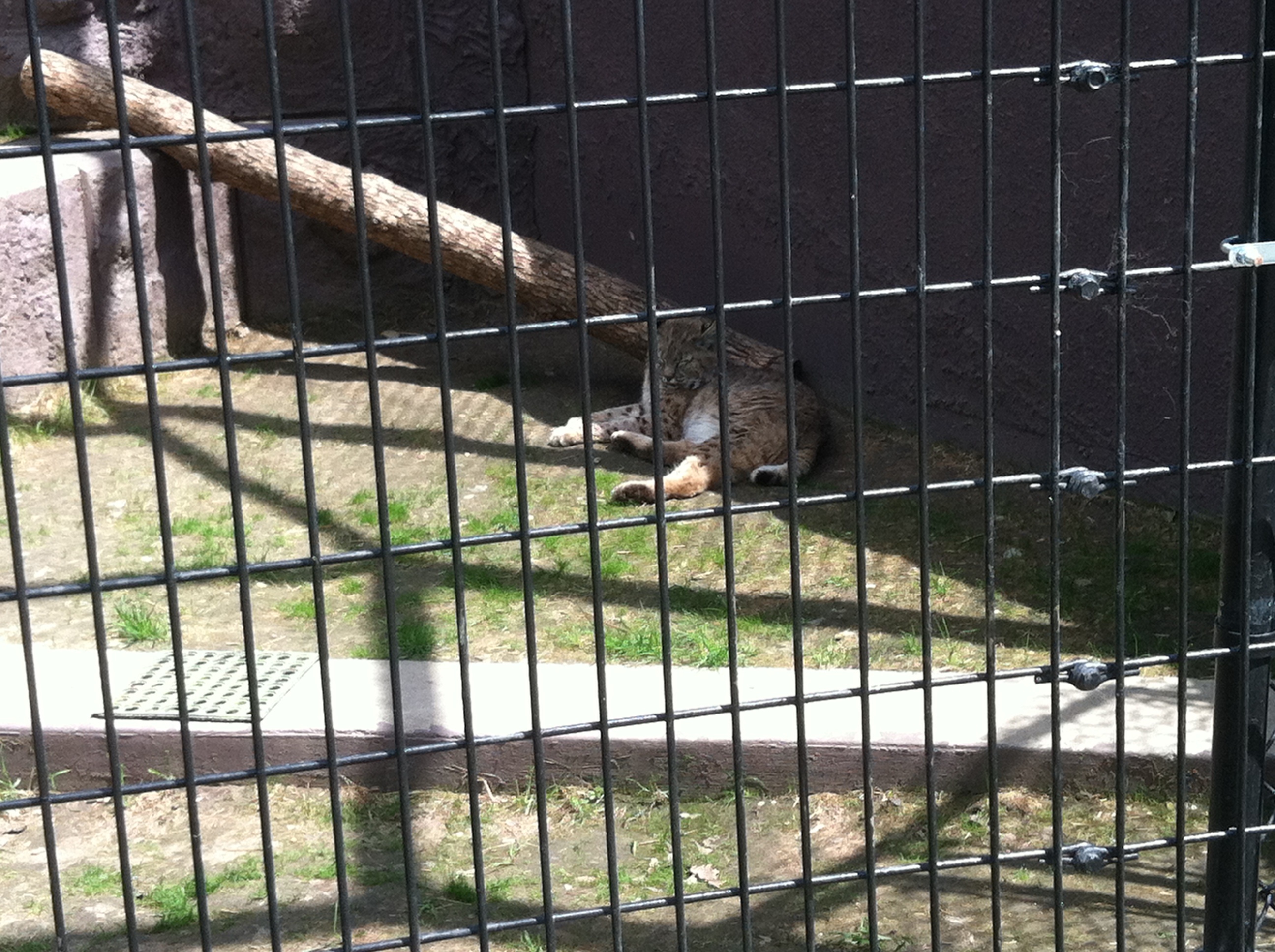 The animals were all out of their hiding spots today, including the Bobcat!

The zoo is not only a family favorite, but it’s a great place to take advantage of ‘teachable moments’. Those are the moments when your kid is focused on something and will happily listen to you teach them a tidbit. If you pay attention, there are numerous opportunities throughout the day to pounce on your young one’s curiosity and teach them something. The things they learn in those moments are the ones that seem to really sink into their super duper little brains!

For instance, my daughter knows the names of several different kinds of fish at the pet store. “Mom, let’s go see the Oscars!!” It’s something she’s interested in, so instead of saying “Look at the fishies!”, I say “Look at the Oscars! They can grow really big.”

Really, you can’t count those moments as preschool. That’s just parenting. I admit I enjoy all these opportunities I have to have fun now that I’m a parent – without Curly, I would never get a season pass to the zoo!

No comments Posted in Uncategorized

This weekend we went to visit my family in Minnesota. There is a whole lot of water out there this year – the rivers are swollen, the ditches are running, and fields are flooded. I even saw people fishing in the ditches – when that happens, you know there’s been a lot of water this year!

The frogs were extremely noisy while we were there. So we had to go on a frog hunt! We only managed to catch one (quick little buggers!) and he quickly escaped. But since then Curly’s constantly asking to go catch frogs. Here is a picture of our frog expedition! 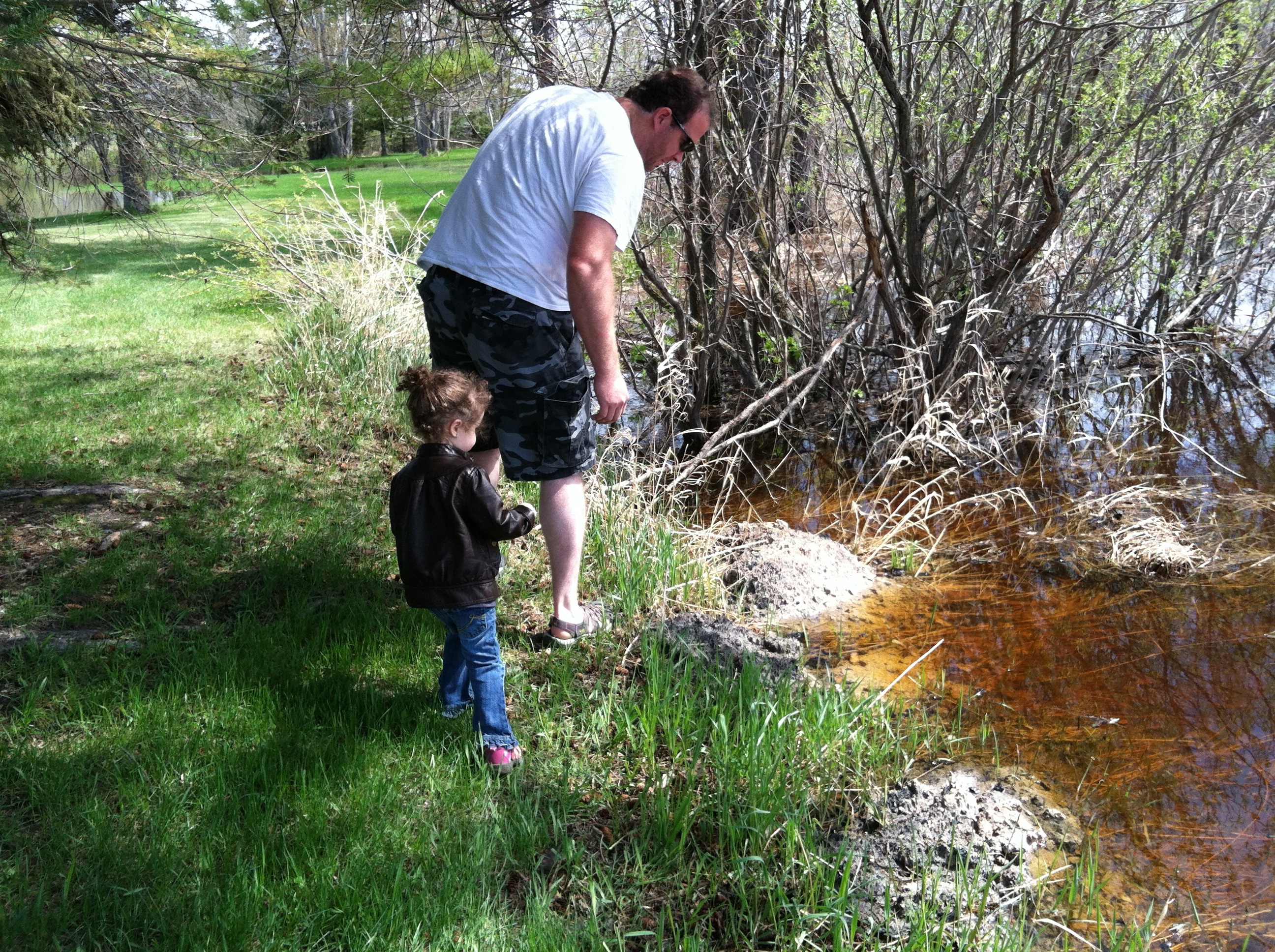 I had to ask Daddy to help with the frog catching – I saw so many and failed every time to actually get one!

There is something so refreshing about outdoor play with your kids. Take every opportunity you can get! Not only are they learning through doing, but they sleep great at night when they’ve had lots of fresh air. 🙂

No comments Posted in The Great Outdoors

Every other Wednesday we attend an art class hosted by a local art museum. This art class is specifically for babies 9 months old up to age 5. Today the art project was centered around this book: 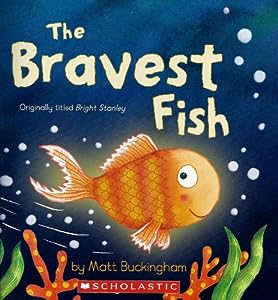 After reading the story, the instructor demonstrated how to do the project. The premise was simple, but they made it unique by using special paint. They took a white paper lunch bag, stuffed it with newspaper or the like, and then tied a rubber band around the end to create a tail. Then they had the kids paint them with Biocolor paint. Biocolor is cool- instead of mixing like tempura paint does, it streaks or marbles. It ends up looking neat, especially if you use gold- if you mix it with other colors it makes it all sparkle! Which was of course the point with this art project, as the fish in the story is supposed to be really bright and sparkly.

I didn’t get very good pictures of my daughter’s work, but here are a couple. 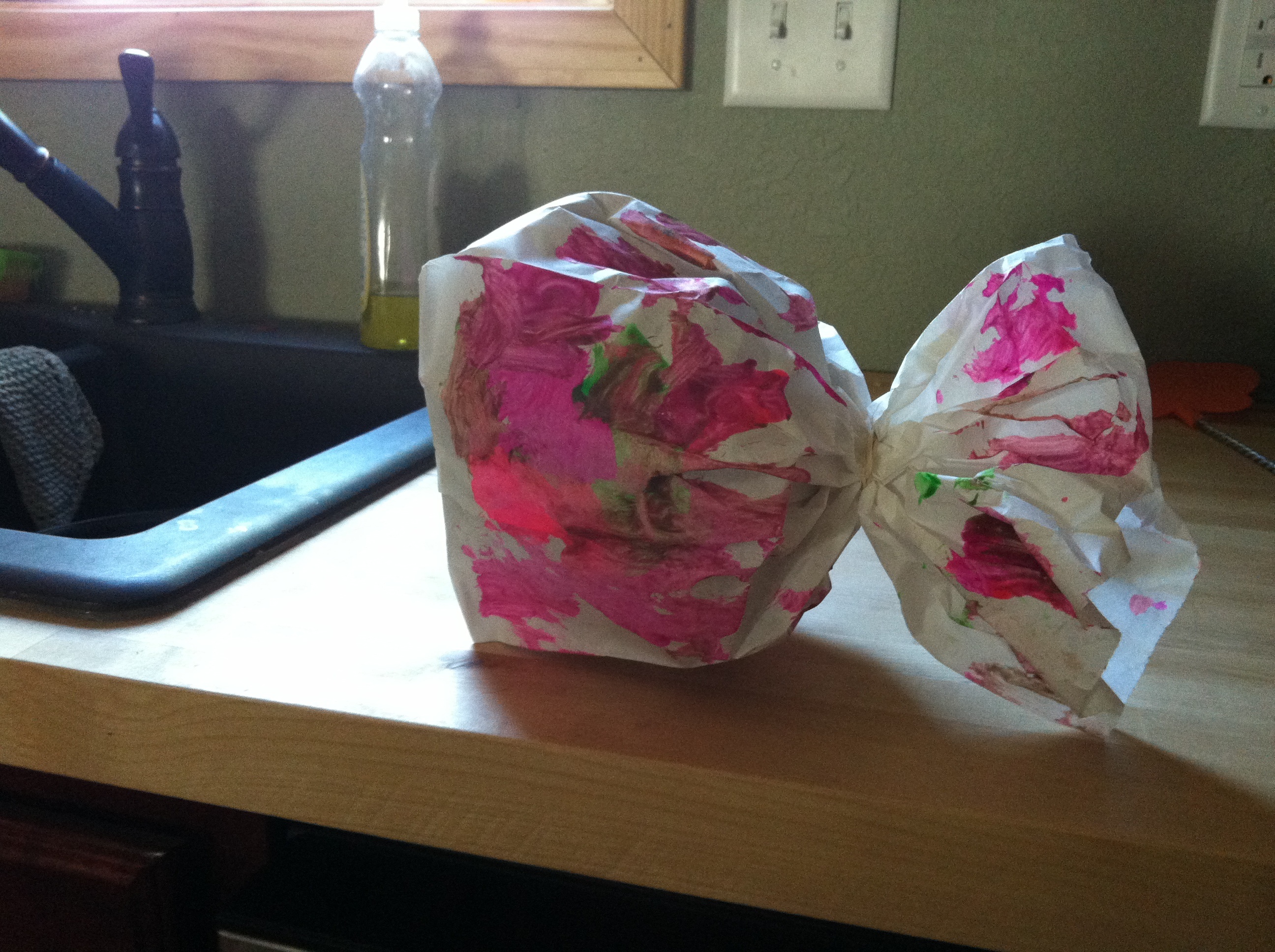 She didn’t take advantage of the cool color mixing on this side – she was drawn to pink! 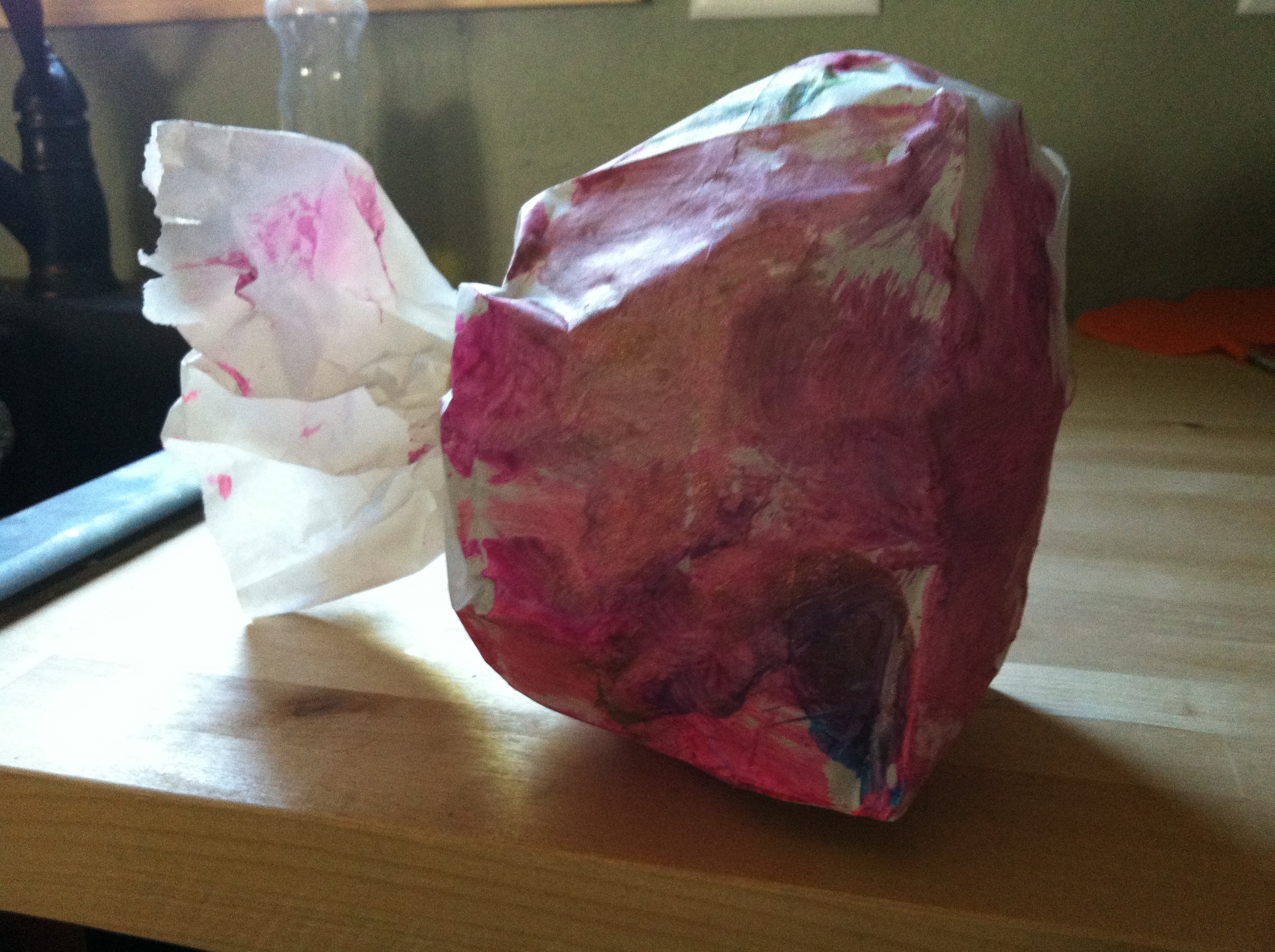 Here’s the other side. Here she actually used some gold, but you still can’t see how cool it turned out because of my bad picture taking skills. Bah.

Curly really is quite the artist – she is meticulous and is always one of the last to finish her project. She especially loves to paint!  Unfortunately, the class is going on hiatus for the summer. We are excited to have it return in the Fall!

No comments Posted in Art

On many blogs and forum posts I have seen people ask the question, “How did you teach your child to read?”  I am very interested in this topic, and have noticed that an astonishing amount of parents mention something in common: Leapfrog videos, specifically Letter Factory. I disregarded it at first, as I try not let Curly watch too much T.V. and only have a few videos in the house for her.

I spotted a Leapfrog DVD set while shopping, and on a whim decided to look at them. If I didn’t like them, I figured they’d be easy enough to resell. Here is my review: These videos are AWESOME. I haven’t seen all of them, but Letter Factory is absolutely fantastic for learning beginning phonics.

Color me impressed! I’ve been casually working with her on her letters for awhile, but this video gave her a huge boost. She now randomly points out things that look like letters. “Look, Mom! This fry is a letter C!”